Using mobile phones to improve educational outcomes: An analysis of evidence from Asia

Despite improvements in educational indicators, such as enrolment, significant challenges remain with regard to the delivery of quality education in developing countries, particularly in rural and remote regions. In the attempt to find viable solutions to these challenges, much hope has been placed in new information and communication technologies (ICTs), mobile phones being one example. This article reviews the evidence of the role of mobile phone-facilitated mLearning in contributing to improved educational outcomes in the developing countries of Asia by exploring the results of six mLearning pilot projects that took place in the Philippines, Mongolia, Thailand, India, and Bangladesh. In particular, this article examines the extent to which the use of mobile phones helped to improve educational outcomes in two specific ways: 1) in improving access to education, and 2) in promoting new learning. Analysis of the projects indicates that while there is important evidence of mobile phones facilitating increased access, much less evidence exists as to how mobiles promote new learning.

John-Harmen Valk, Pan Asia Networking, IDRC
John-Harmen Valk has worked as a summer intern with the Pan Asia Networking (PAN) program initiative of Canada’s International Development Research Centre as well as with the Acacia program initiative, PAN’s sister program in Africa. He holds an M.A. in political science from Carleton University. While his academic interests concern international relations and the politics of international development broadly, his recent research has focused on the areas of international relations theory, ethics in international relations, and international peacebuilding.
Ahmed T. Rashid, Pan Asia Networking, IDRC
Ahmed T. Rashid is currently working as the Research Officer of PAN Asia Networking Program Initiative of IDRC. His interests include social, economic and political dimensions of development. He has written on issues around political democracy and decentralization, the role of non-governmental organizations (NGOs) and business in development, the use of information and communication technologies for development (ICT4D). His last degree was a MA in Sociology from McMaster University in 2007.
Laurent Elder, Pan Asia Networking, IDRC
Laurent Elder leads IDRC’s Pan Asia Networking (PAN) program, which studies the positive and negative impacts of the information society on Asian countries in order to help communities make the best use of information and communication technologies. From 1999 to 2004, Elder was in Senegal at IDRC’s office for West and Central Africa, where he worked with the Acacia initiative, PAN’s sister program in Africa. Elder has also worked at Canada’s Department of Finance and began his career in France, researching issues related to French history and international relations. Elder holds an international master’s in business administration and a master’s in history, both from the University of Ottawa.
Published
2010-03-05
How to Cite
Valk, J.-H., Rashid, A. T., & Elder, L. (2010). Using mobile phones to improve educational outcomes: An analysis of evidence from Asia. The International Review of Research in Open and Distributed Learning, 11(1), 117-140. https://doi.org/10.19173/irrodl.v11i1.794
Download Citation
Issue
Vol. 11 No. 1 (2010)
Section
Research Articles 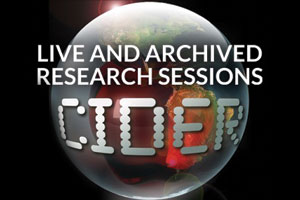 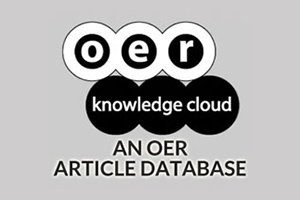